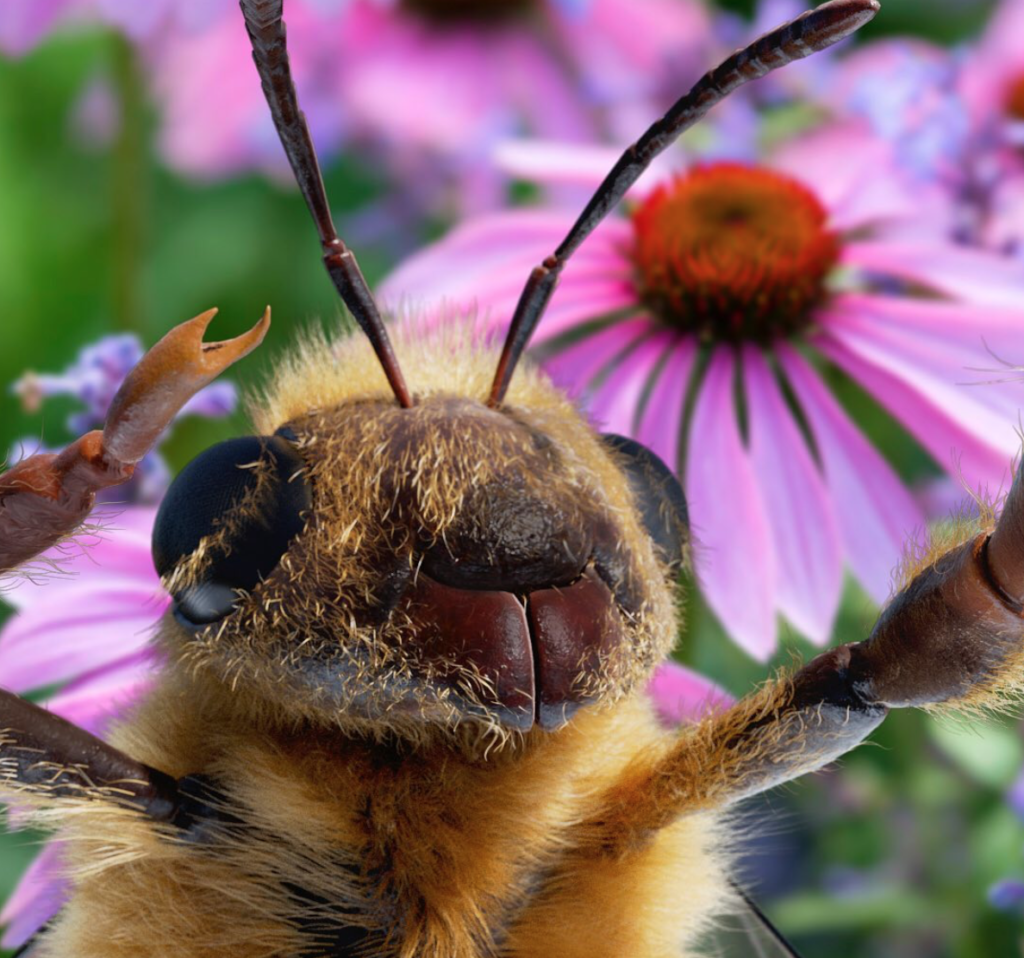 It’s been just within the last decade that America and the world has come to terms with what exactly is an influencer. It was only last year that the New York Times published an explainer on the phenomenon of the virtual influencer — fictional characters made from scratch on a computer. Meanwhile, animal influencers have been around since the beginning of influencership: just look at Boo, the ‘World’s Cutest Dog,’ who rose to fame in 2011 and for years used his celebrity status to sell everything from stuffed animals to books.

Roll them all into one, and you get a B., a creator based out of France who is just starting to sweep feeds globally — one who seems to tick all the boxes that define influencers. Stunning travel photos? Check. Perfect selfies? Check. That photo that we’ve all seen a thousand times of legs on a towel on the beach? She’s got that too...but she doesn’t just have two legs. She has six.

B. is just that: a bee. And she’s here not just to create a buzz, but to be an advocate.

“The Foundation de France and the Bee Fund launched B.’s account as a new, innovative way to raise money toward initiatives dedicated to bees’ protection,” says Juliette Prigent, who represents the Bee Fund. “B. aims to become famous to generate visibility around the disappearance of her kind.” 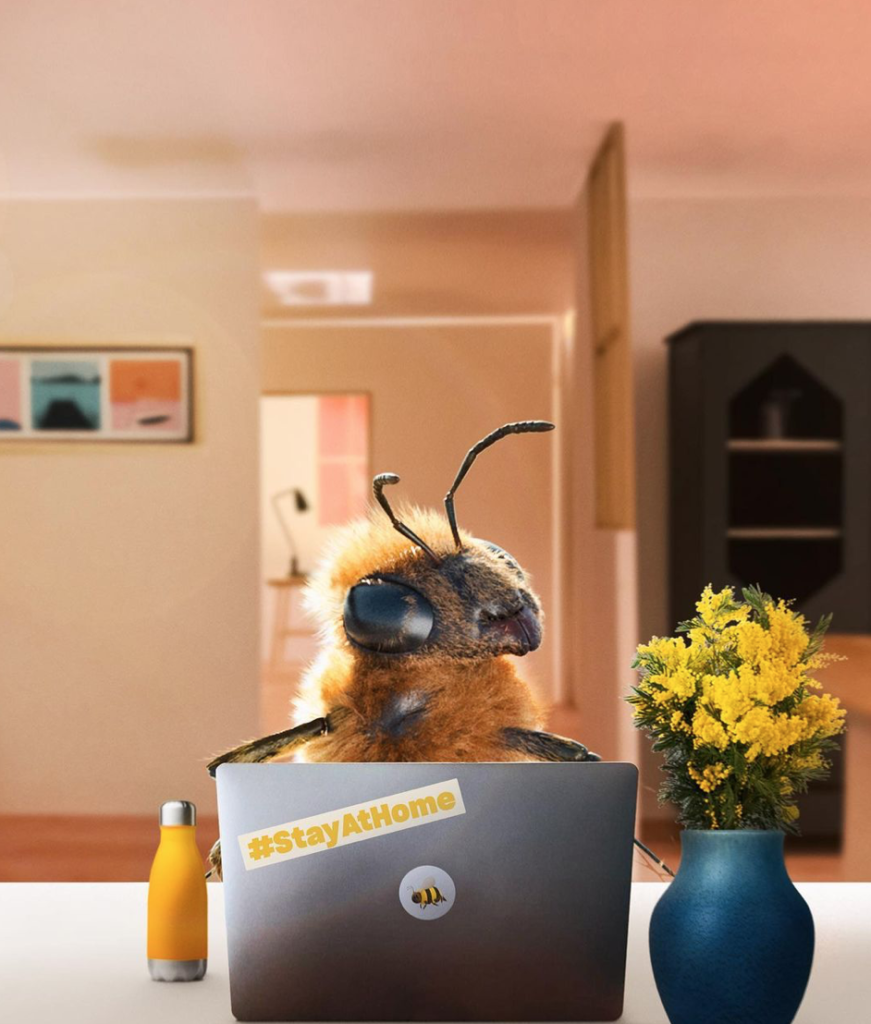 The posts are eye-catching, and the captions playful (‘To prepare my summer body, I do my favorite sport: pollinating,’) but follow the link in B’s profile, and her team gives a sobering reminder of the urgent mission behind the project: in 10 years, 46% of the world’s bee population has disappeared, and 24% of bees die in Europe every year.

To put these statistics into perspective, 75% percent of the world’s agricultural crops are pollinated by bees. Without them, these sources of food will begin to disappear.

But influencers cannot make a true impact without partnerships, and B. knows that her unique photos will attract brands like honey.

“The objective for B. is to recruit as many followers as possible. This way, brands will collaborate with her and generate ad revenue.” 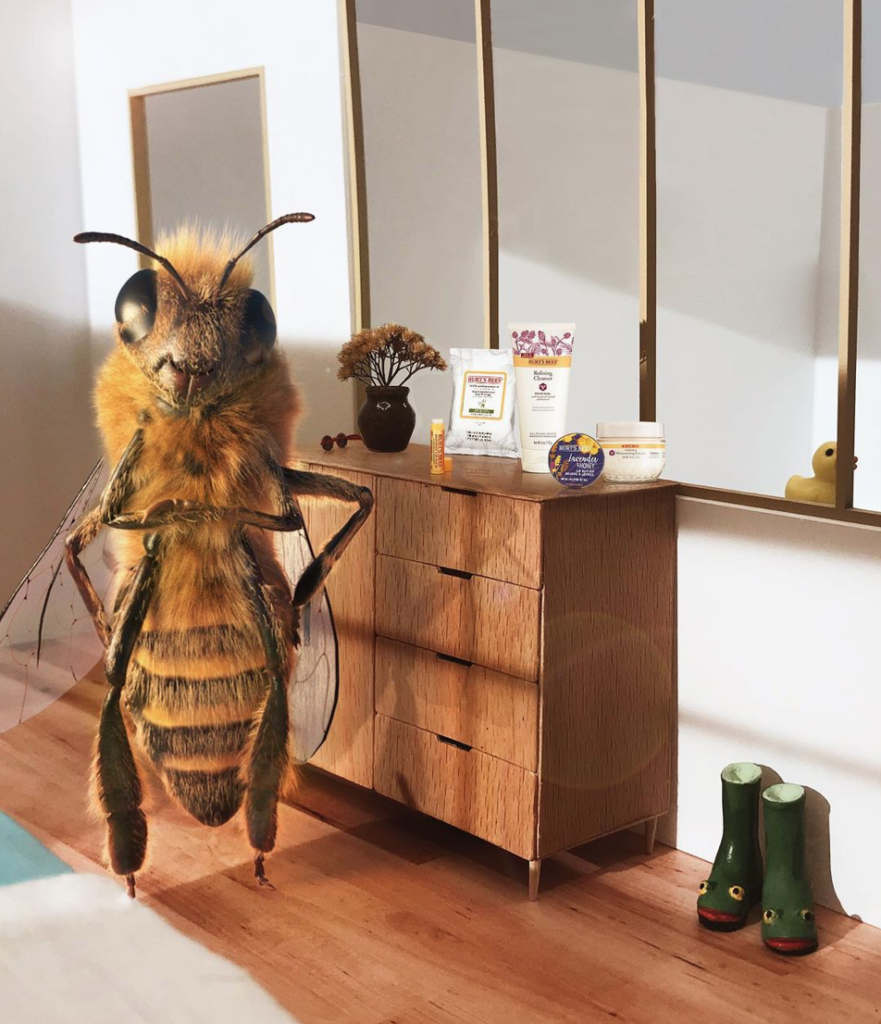 With an impressive list of sponsors including Ricola and Airbnb, and 283k followers on her Instagram profile alone, B. isn’t doing too bad for herself, especially for an insect.

We ask where she gets her photo ideas from. Who is the artist behind it all?

“An influencer never gives away her secret recipe.” 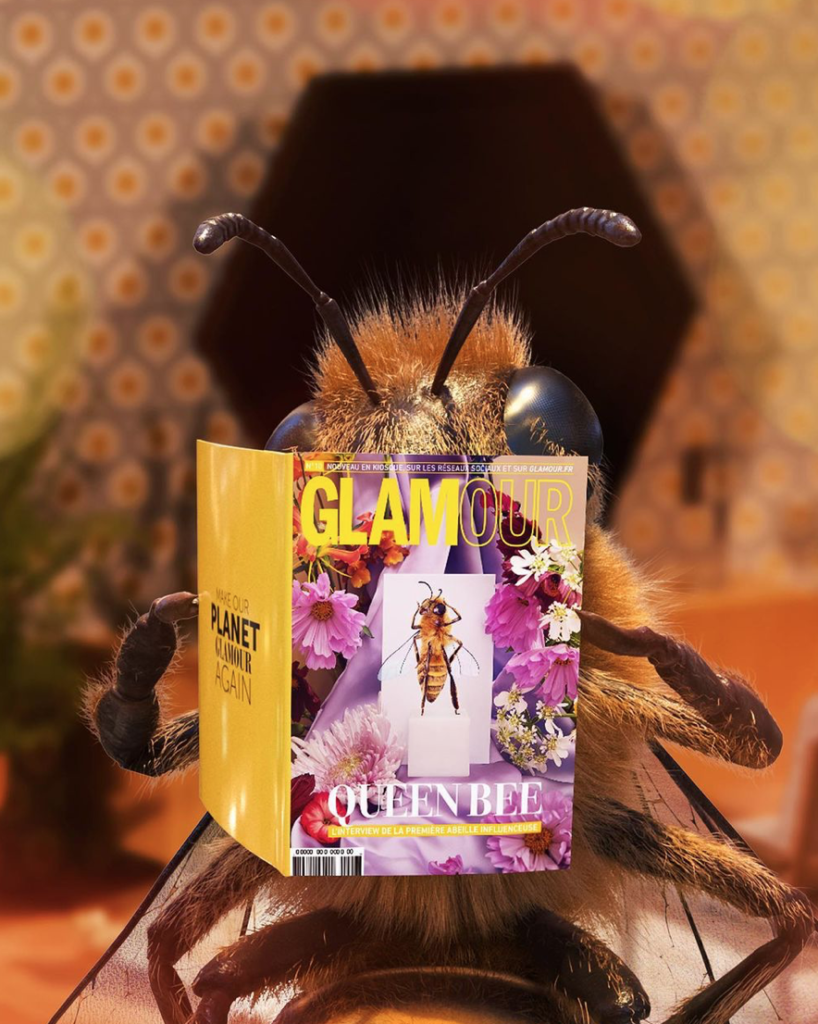 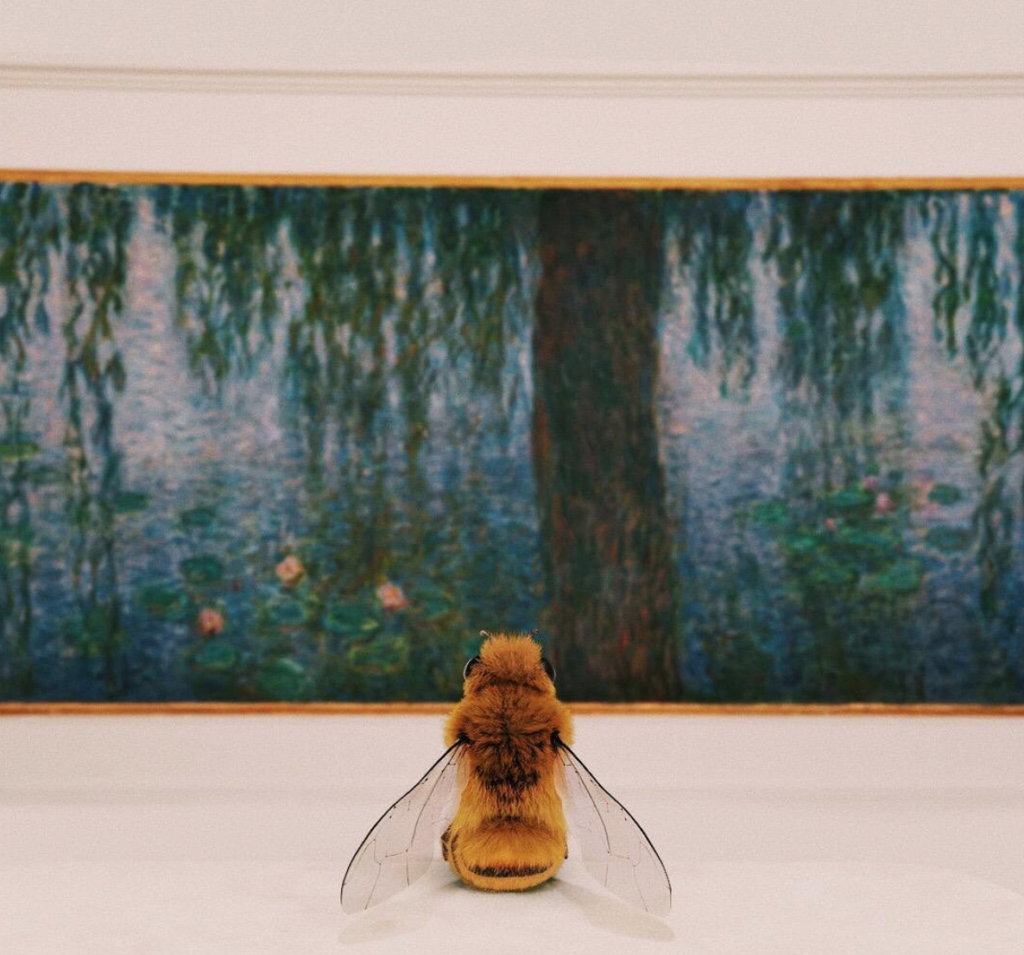 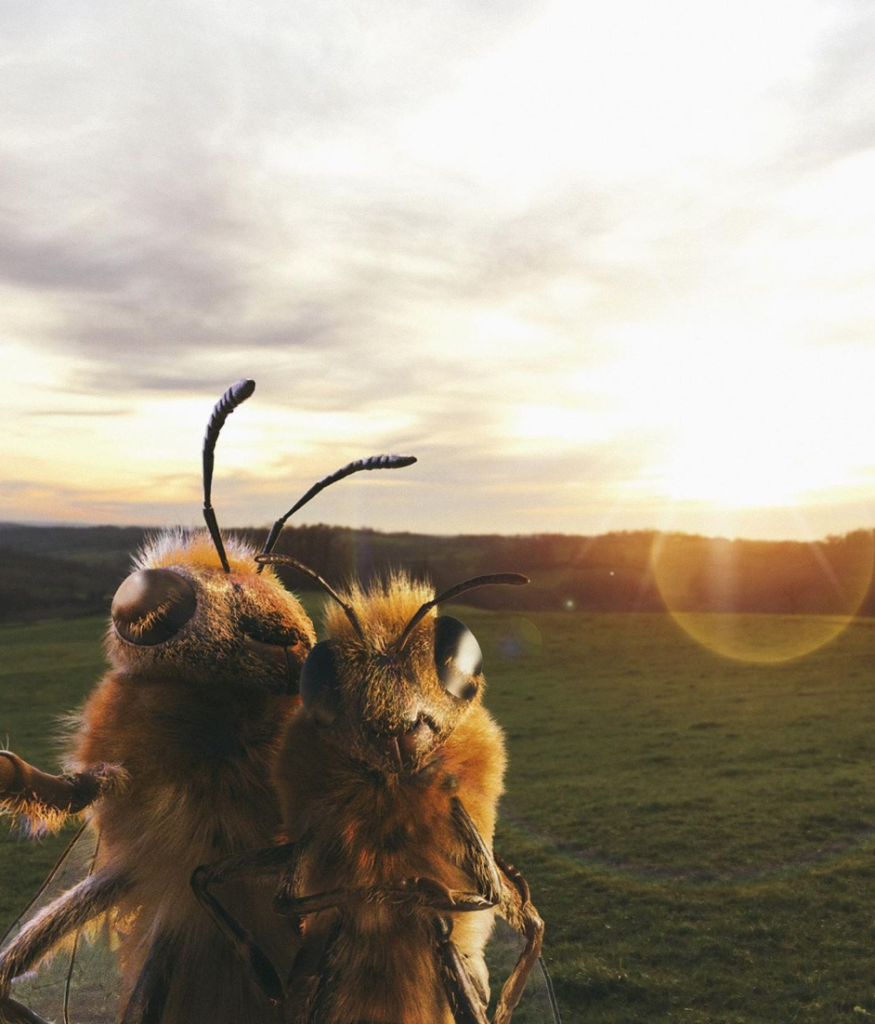 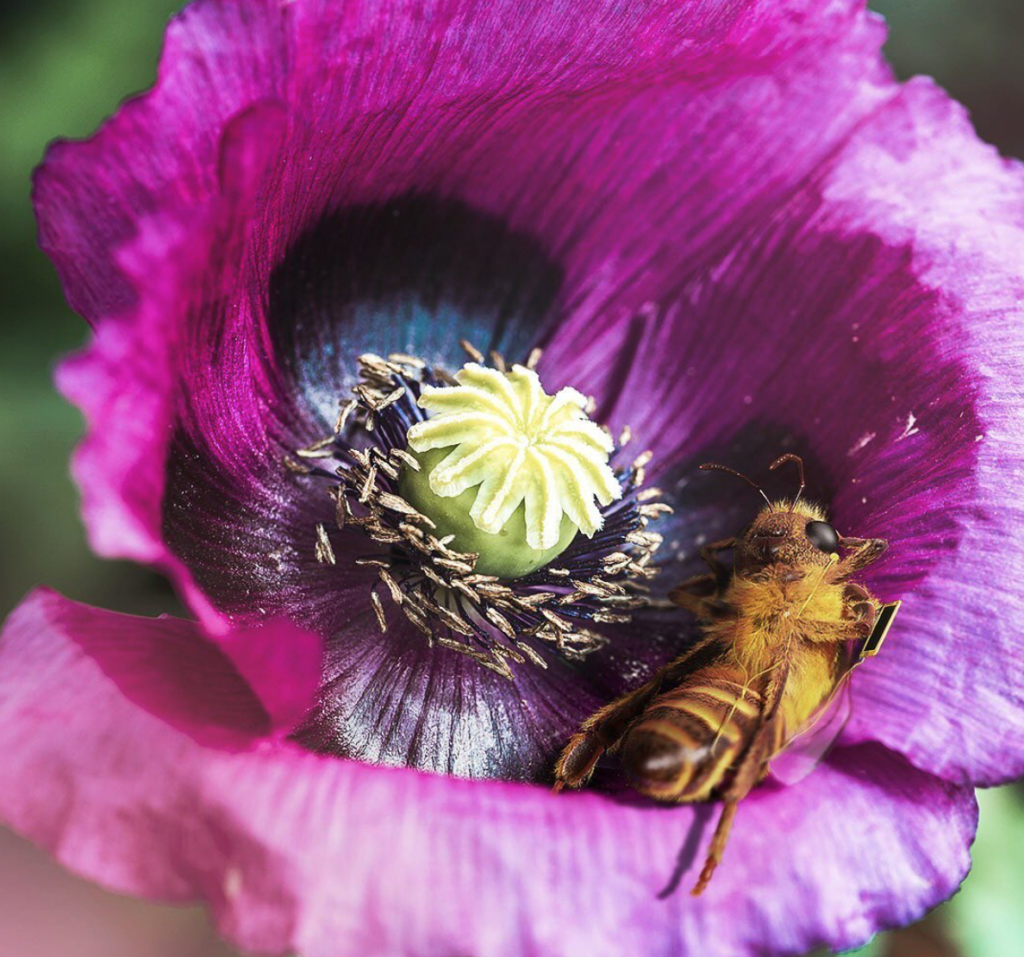 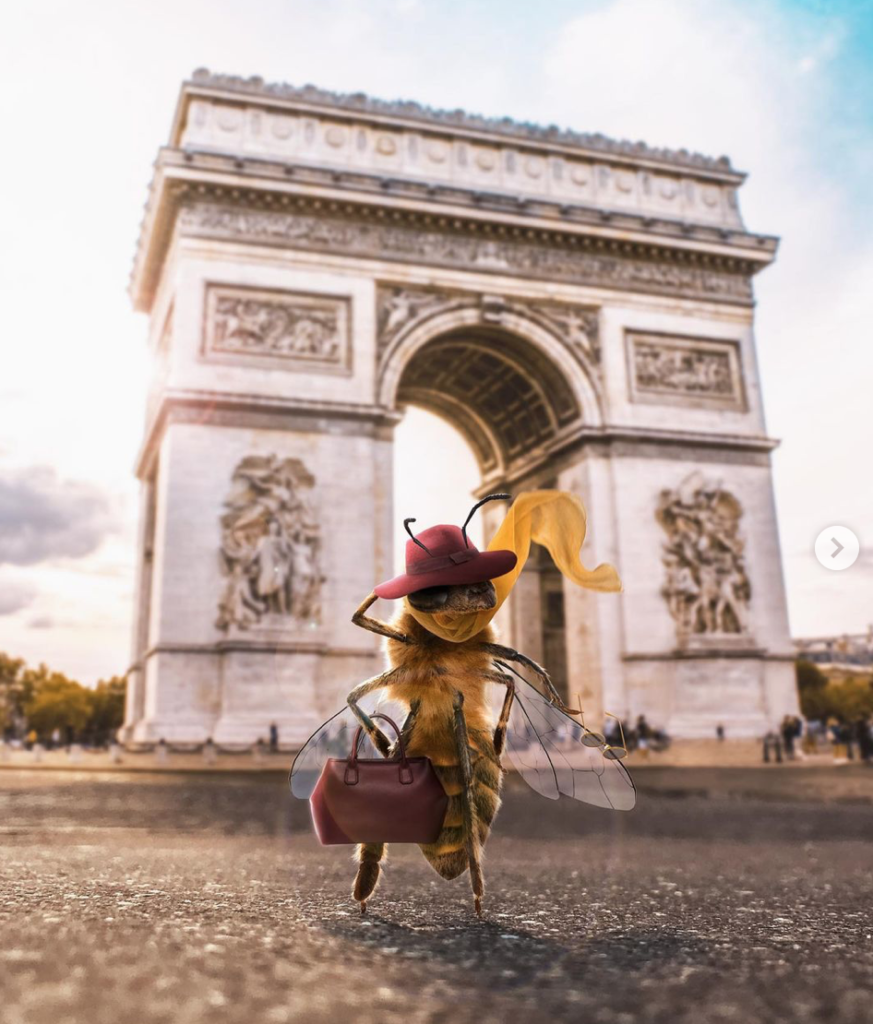 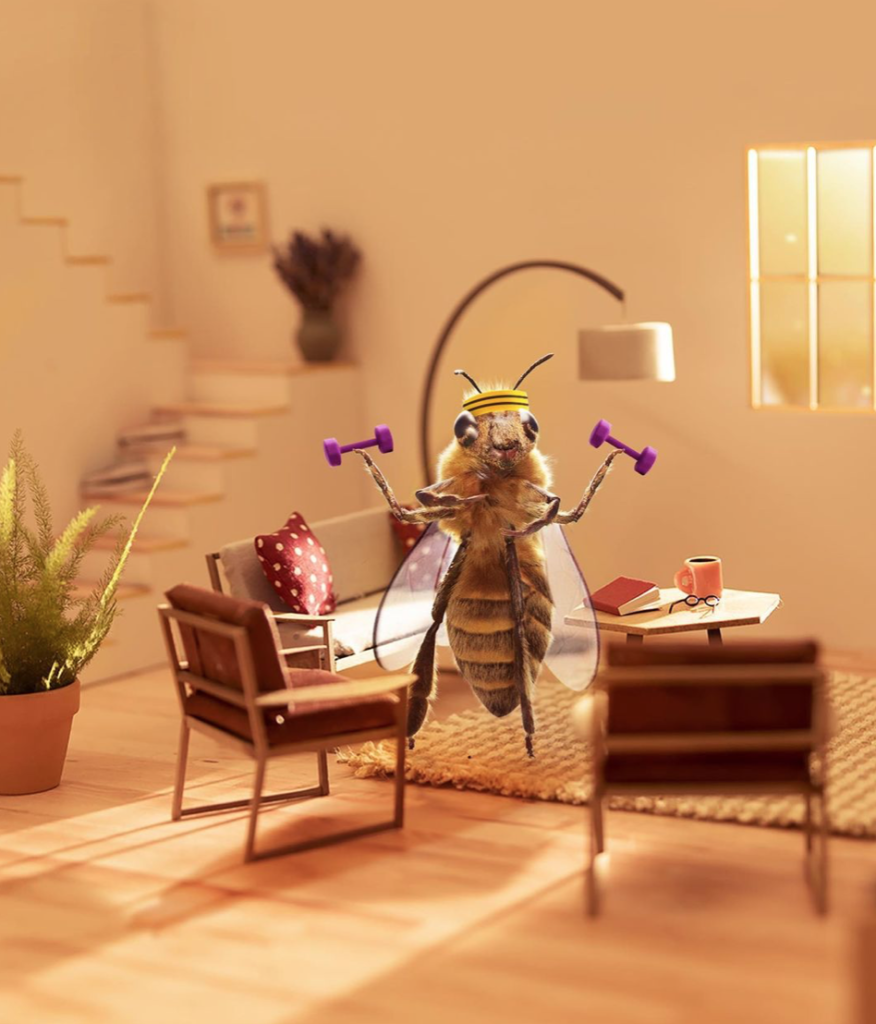 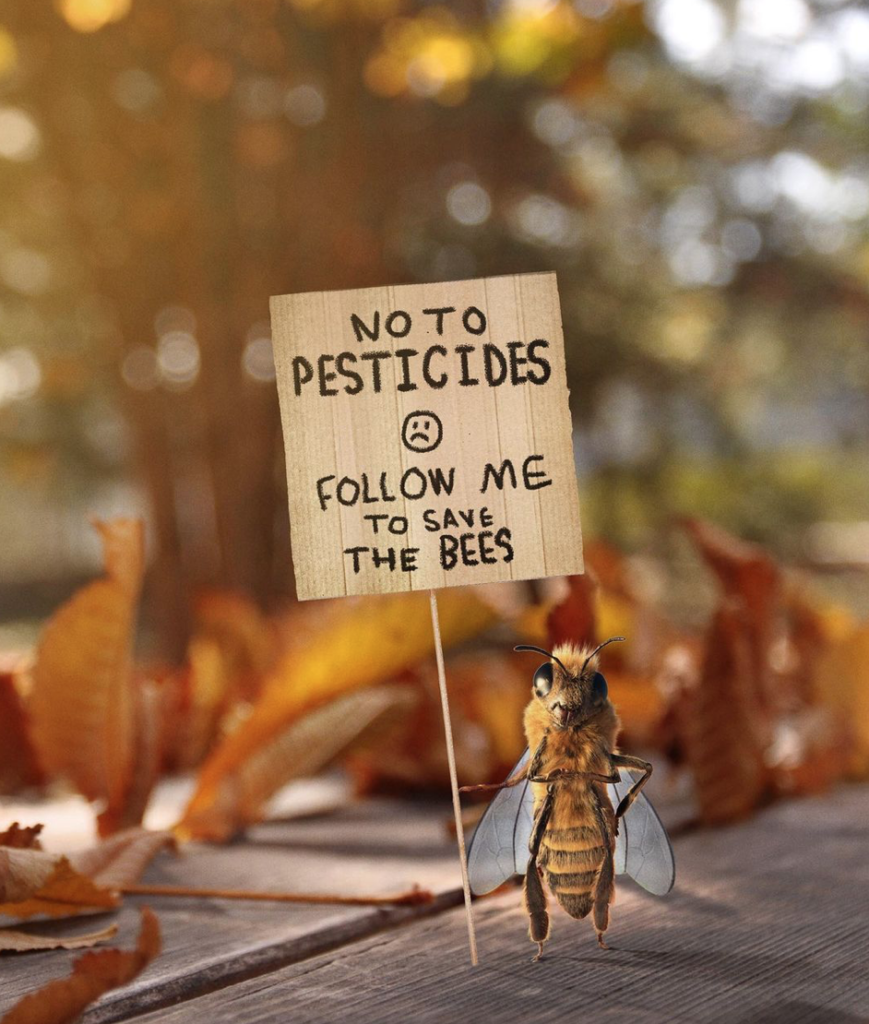