“The only thing worse than being blind is having sight but no vision.” – Helen Keller

After nearly 40 years of research in retinal eye diseases that have left more than 10 million people visually impaired or blind, treatments and cures are in sight. The genes behind these conditions have been identified, and there are many pre-clinical projects investigating treatments. The only thing putting off the impending major medical revolution in eye disease is the considerable funding needed to prepare for and complete clinical trials. It’s a matter of finance, not science.

That’s where Bradford and Bryan Manning come in. 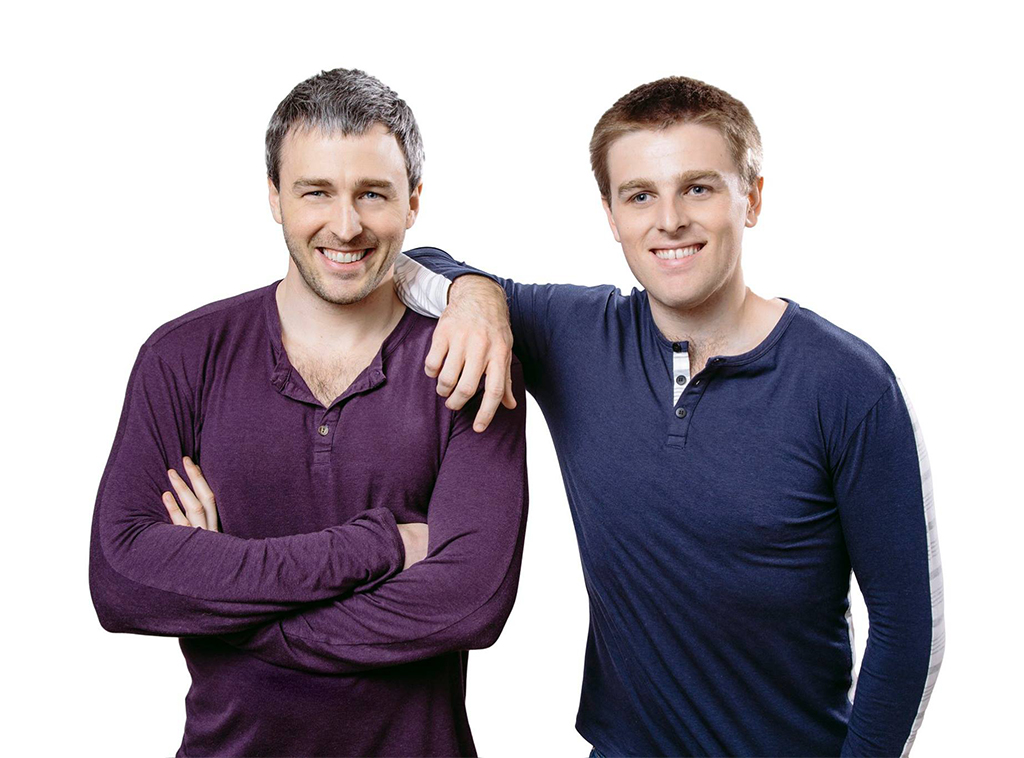 After both losing their vision to a progressive retinal eye disease at a young age, the two brothers faced what many people would see as an obstacle. They would live a life of darkness and never have a “normal” life.

They wouldn’t let it get them down, though. Brad and Bryan grew up and decided they would play the cards they were dealt to their advantage, and have been doing so ever since. What started as a “side charity project” is now The Two Blind Brothers, a clothing company based in the heart of New York City’s fashion district.

Unlike most fashion-district designers, Brad and Bryan aren’t in it for the money. All profits from the apparel sales are donated to life-changing research to cure blindness—and with treatments and cures around the corner, the brothers say there has never been a more exciting time for medicine.

Until then, while most people shop with their eyes, Brad and Brian shop with their hands. For them the best shirt isn’t the fanciest or the priciest—it’s the softest. That’s why the brothers’ mission for their own company is to produce “the softest clothing ever made.”

The Two Blind Brothers have a unique edge in the current fashion scene because, as Brad put it, “people care tremendously about quality and feel these days.”

The brothers describe their clothes, which are expertly tailored and intricately crafted in the heart of New York City’s fashion district, as “sophisticated” and “noticeable yet understated.” All design decisions are informed with a New York influence, and by Brad and Bryan.

And who makes the final call when they don’t agree?

To people who struggle with feeling “different” in some way like they once did, Brad and Bryan have some advice:

For more on Brad and Bryan, visit www.TwoBlindBrothers.com.