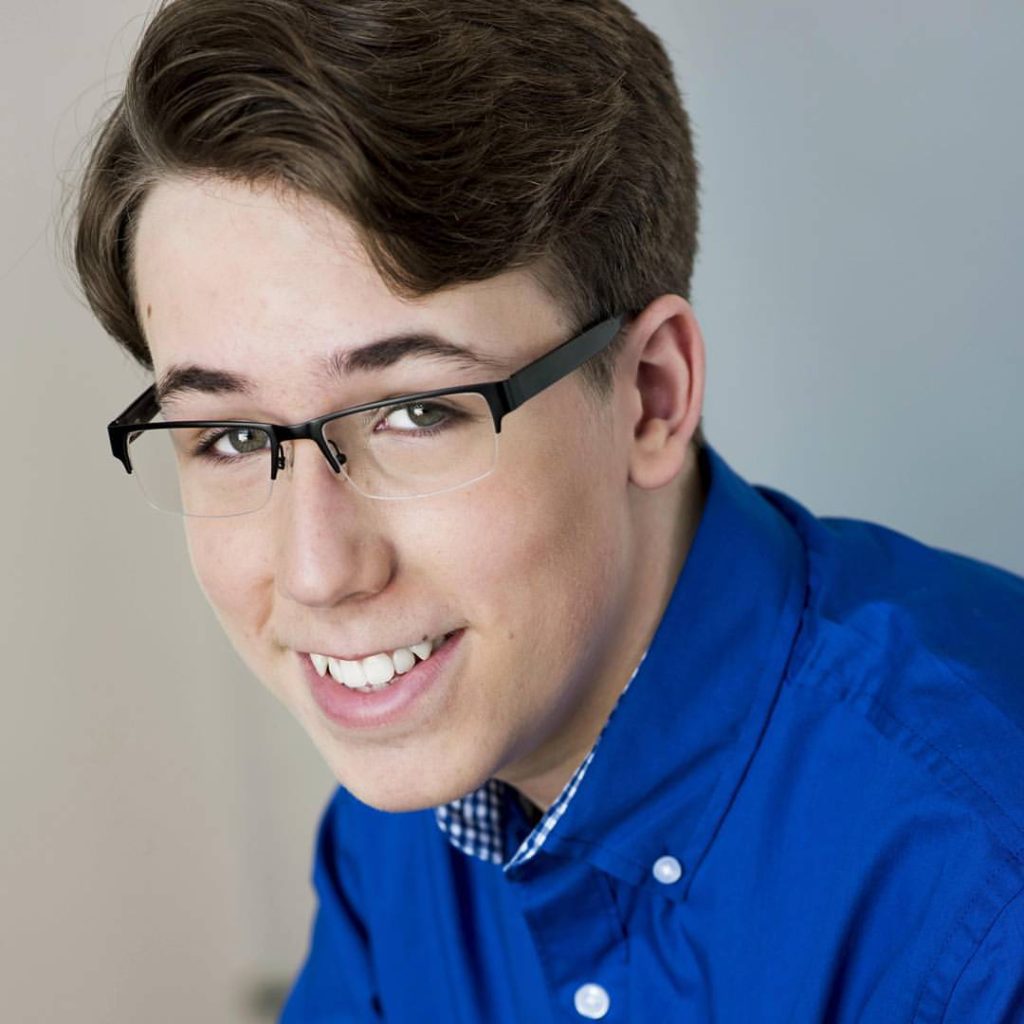 Thirteen-year-old Zachary Haven’s show biz story started back when he was five years old, taking acting classes in the small town of Douglasville, Georgia and saying he wanted to be on the big screen. Today, Zachary is living in Los Angeles, has nearly 40 film and television credits to his name, and is gearing up for the December release of Father Figures – in which he will not only appear on the big screen, but do so alongside Ed Helms.

We spoke to Zachary by phone about what he’s learned from being on set with industry veterans, how working on a studio film differs from working on indie films and shorts, and his role as a youth ambassador for generationOn.

Hannah: You have worked with some legends in film and television. What do you learn from watching people on set who you know have decades of experience in the business?

Zachary: You learn so much from [actors] just based on what they do and how they act. You know, sometimes I look at the other actors’ scripts just to see what they do with them. And it’s like, there are multiple ways of doing the scenes … One of the things I thought was [interesting] was when I looked at Ed Helms’ script, who was my father in one of the movies I filmed, he had a script that was just filled with notes, and that was really cool to see.

Cailin: He would write his own notes on his script?

Zachary: Yeah, he would write notes about what he would do, what he was thinking in that moment.

Cailin: That’s really cool. I never thought of that – when you get a script for a film, you’re seeing the way everything’s written out, which no one else gets to see. So most people, when they watch a movie they watch what the actor went with and how they were directed, but you get to see just how it looked on paper to compare it to what you would have done.

Zachary: Just to see all the different ways it can be done. Hundreds of thousands of actors like to break down their scripts. It’s really cool to look at.

Cailin: You’ve worked with so many big-name actors … You have this film coming out, Father Figures [starring Owen Wilson and Ed Helms] … who stands out to you when you think back? Who are some people who [make] you think, Wow, I can’t believe I got to work with this person?

Zachary: There are so many … Ed Helms, Owen Wilson, J.K. Simmons, Glenn Close, I got to get very close to all of them while filming [Father Figures]. Especially Ed Helms and Owen Wilson … Ed Helms really took me under his wing and really taught me how he got to do it, and there was just a really great connection that we were able to [have] … He was actually a father figure to me in that whole filming experience and on set.

Cailin: Have you ever worked with someone in the industry who surprised you? I’m just picturing, what if you were to go to shake Owen Wilson’s hand and he’s just the most serious man alive! [laughs] Have you ever had an experience like that, where it’s like, I never would have thought this person would be like that?

Zachary: Well, yeah, ‘cause like, with Owen Wilson, his scenes in movies are all so hilarious and then it’s like…when you get to meet him on set, he’s serious but at the same time still has a lot of fun, which I never would’ve thought. I thought he’d just be a jokester the whole time on set, but he actually took his work very seriously, but also had some fun doing it.

Cailin: Yeah, you get to see them kind of go on and off … The other people you’re working with, you get to really see their whole process.

Hannah: You mentioned Ed Helms was like a father figure to you. Not only did you get to see how he did the scenes, but also, I’m sure he gave you some good advice as far as… you know, everyone knows the entertainment industry can be rough sometimes.

Cailin: …I bet you got some good actor-to-actor conversation.

Zachary: Yeah. At the end of the [filming] when we all wrapped up, we all actually went bowling. We were on different teams … I think it was me, Ed Helms, the writer, the producer … I think we were all on a bowling team, which was really fun to do after we all wrapped.

Zachary: I think whatever team Owen Wilson was on won. I don’t remember who exactly, because it was really late at night and I ended up leaving early. The wrap party started at like, 9 and we left at 11ish…If I remember correctly, Owen Wilson’s team won.

Cailin: That’s awesome. Well that’s something you will never forget!

Hannah: So, you’ve also worked on a lot of shorts and independent films. How would you say the experience of working on an indie or short differs from that of a large studio film?

Zachary: Well, independent shorts and short films are very different from large media films. Just the matter of how many people there are to just the different type of environment…I will say that the environment on large media films is a lot more stressful and a lot more hectic. On short films, since there are less people and you have a smaller area to work in … On large media films you’re like, We gotta get here now, and then immediately from there to there … The way they’re different is almost incomparable. I love working on both equally. They both provide many different experiences and life lessons. I started off doing short films and slowly but surely went from doing short films to commercials, from commercials to TV shows, from TV shows to movies. So, shorts films are kind of the base of everything and teach you what to do as an actor.

Hannah: You’re also a youth ambassador for generationOn, which provides resources to help kids and teens get involved in service and volunteering. Just from what you’ve seen working with them, what is the best way to get young people excited about giving back to their communities?

Zachary: There are so many different ways to get them excited. There’s a website that I go to – it’s the generationOn website, generationon.org – the homepage just shows all the people’s faces and how happy they are; it shows the people who are affected by what you’re doing. That really gives me inspiration to do it. It shows people being affected positively, and that makes me want to do even more as soon as I can. I did Family Volunteer Day, and I did the two JoyMakers events…the JoyMakers events are really, really, special because that’s when you wrap up presents for the kids for Christmas whose parents aren’t able to provide presents for them. What you get to do is you get to wrap up these presents and hand these kids presents who maybe haven’t received presents in years, or who knows how long…it’s really amazing to see their faces when they’re receiving something new for the first time in a long time.

Cailin: Oh, that must be such a rewarding experience. 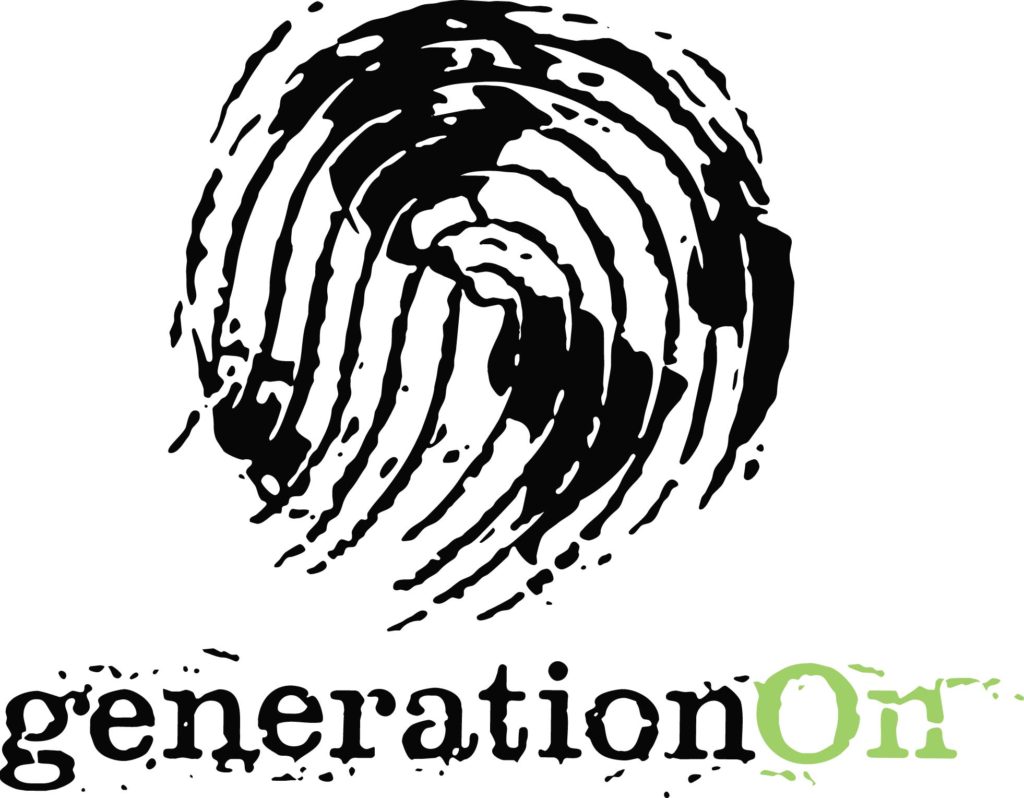 Cailin: Bullying and tolerance is generationOn’s theme for the month of October. I know that you’re a big advocate for anti-bullying, having previously served as a youth ambassador for Boo2Bullying as well. What would you say to young people who are struggling with bullying?

Zachary: Well, here’s the thing. Most of that hatred that comes with bullying comes from a darker place … Tell people about it, and if they’re not listening, there’s always someone that will listen. There are so many contacts that you can go to. There’s always someone out there who is willing to listen. Once you find them, tell them.

Cailin: It’s all about just reaching out to someone and letting them know what they’re going through and asking for help.

Zachary: Yeah. Always reach out to someone.

Hannah: So, last question, Zachary. Father Figures is described as a “road trip comedy,” which I think is awesome. Do you have a funny road trip story of your own?

Cailin: Oh my gosh, always wanted to see it!

Zachary: It’s so beautiful. The part of the Grand Canyon that we went to had a tribal tower that was built a long time ago. What was really cool about it was that you could go up it and look at the entire Grand Canyon for miles and miles, just standing on top of that old tribal tower. That was amazing to see.

Father Figures is scheduled for release on December 22nd. You can find Zachary Haven online at www.ZacharyHaven.com, on Twitter @Zachary_Haven, and on Facebook.

This interview has been lightly edited for clarity.