The only difference between the JoJo Siwa (nicknamed JoJo with a Bow Bow) we were introduced to on Lifetime’s hit show Dance Moms back in early 2015 and JoJo Siwa now is that today, her bows literally have her name on them.

In a season five episode titled “JoJo with a Bow Bow”, Abby Lee Miller’s elite competition team is down Maddie Ziegler, who is away in Los Angeles for a new opportunity with Sia in the wake of the success of her viral video for Chandelier. It was JoJo who was called in to sub for Abby’s star dancer.

About the only thing unchanged about JoJo’s life since those early days is JoJo herself. Though she now has an overall talent deal with Nickelodeon, wildly popular music videos for her songs “BOOMERANG” and “Kid in a Candy Store” which total over 330 million views on YouTube, an accessory line at Claire’s featuring her signature “JoJo bows”, an upcoming docu-style Nickelodeon special about her life, a memoir, and a starring role in a movie, JoJo is still the same bubbly, bow-wearing girl that she was during her start on reality TV.

Being longtime fans of Dance Moms, the two of us were among millions who watched the show for the drama and found JoJo, a girl on the cusp of being a teen, and actually acting like one. In some ways, JoJo is wise and confident beyond her years, dodging drama and negativity by merely shrugging her shoulders and moving on with an eye roll and a laugh. Then you zero in on the multi-colored bow on her ponytailed head and remember she is fourteen years old—a middle schooler who has received (and quickly brushed off) internet hate for simply acting her age.

Yet, this is the same quality about her that her millions of fans celebrate. The two of us respected JoJo from afar for years as she built her young teenage empire into a brand that is brilliant any way you look at it: it’s built around a real girl who people love for being real. Still, we felt like there was something about JoJo we weren’t being clued in on—what was it about her that made her more followed on Instagram and YouTube than most of the original cast members on Dance Moms?

Three minutes after we had arrived at the Sugar Factory on New York City’s Upper West Side to interview JoJo, our question was answered before we even had a chance to greet her. While we set up for the interview, we watched out of the corners of our eyes as JoJo darted around the room, with a smile on her face, but as if she had not a second to waste. In between interviews, she was relaying information to her mom and publicist not as a child and client, but as a fourteen-year-old business partner. Of course, that’s exactly what she is—the CEO of a brand that has become so big, it’s easy to forget that a young teen is really the person behind it all.

We chatted with the driven, high-energy Dance Moms star-turned teen entrepreneur, Nickelodeon star, and social media sensation about her new music video for “Hold the Drama”, her upcoming special on Nickelodeon, and her new book out this fall. 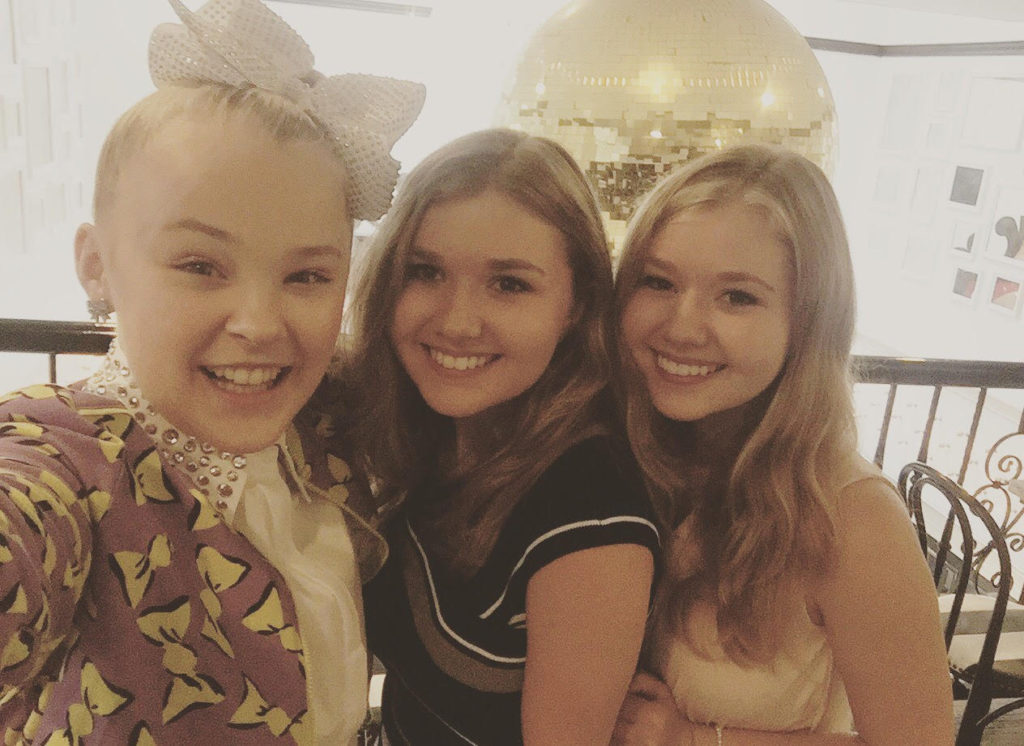 3 thoughts on “JoJo Siwa on Hold the Drama, Inside Voice, & Advice to Fans”