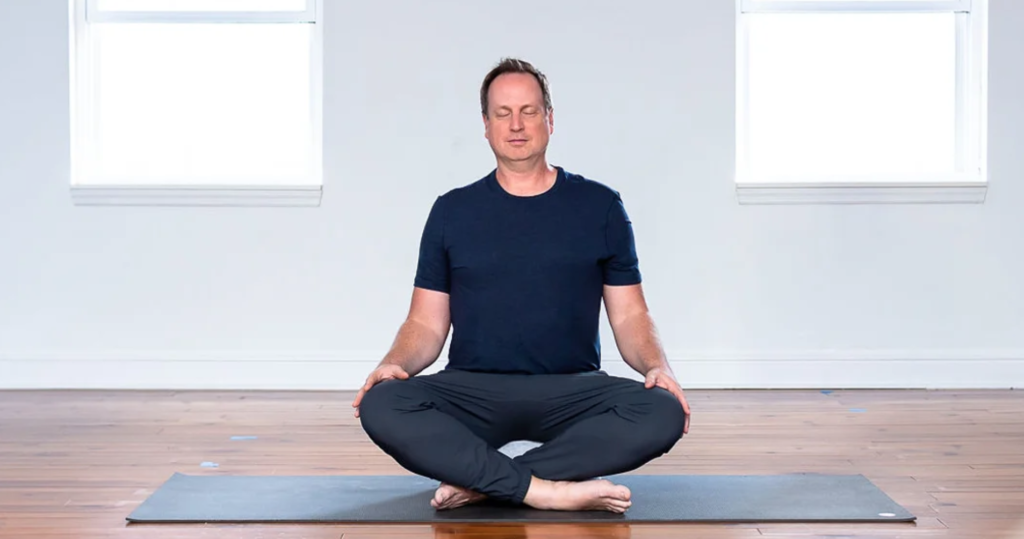 “I was probably one of the last people who I imagined would ever get into yoga. I was playing this sport which was very violent and very aggressive — very macho. When I was in my first couple of years in the NFL, my wife, who is a yoga pioneer, said ‘Hey, you’ve got to try this.’ This was in the mid-90s before it was mainstream. NFL players now, like Tom Brady and and LeBron James do yoga, but back then, 20 years ago, it was unheard of. Why would a high-level athlete do something that’s slow, passive, and meditative?” —Sean Conley

Though they don’t have the same Hollywood luster as artists with Oscars, Emmys, or Grammys to their name, for the last quarter of every year, football stars might as well be American heroes.

In sports bars and living rooms across the country, cheers can be heard across small towns with every interception and touchdown, beer-clinging strangers clad in jerseys sharing hugs and high fives like they’re lifelong friends. On fall Sundays, millions of Americans leave reality behind and enter a world where the best thing that can happen is a touchdown. No one has more power to bring triumph to a weekend afternoon than a quarterback during a season-defining game.

It’s a long way down from a life spent in an NFL helmet under stadium lights – something that former player Sean Conley knows all too well. Conley lived and breathed football since he was a starry-eyed boy from Erie, Pennsylvania, but unlike millions of others like him whose football aspirations turn out to be pipe dreams, Conley was one of the NFL’s chosen ones. He made starting kicker at the University of Pittsburgh, going on to play for the Detroit Lions, Indianapolis Colts, and the New York Jets, before he was plagued with career-ending injuries that haunted him with a sense of failure.

“There’s always that fear that if you let your coach know that you have an injury that you could lose your position,” says Conley, speaking to us via Zoom. “I wanted to ask for rest a few times in my career, but I couldn’t because I knew that if I did that then I would be basically damaged goods and be let go from the team.” 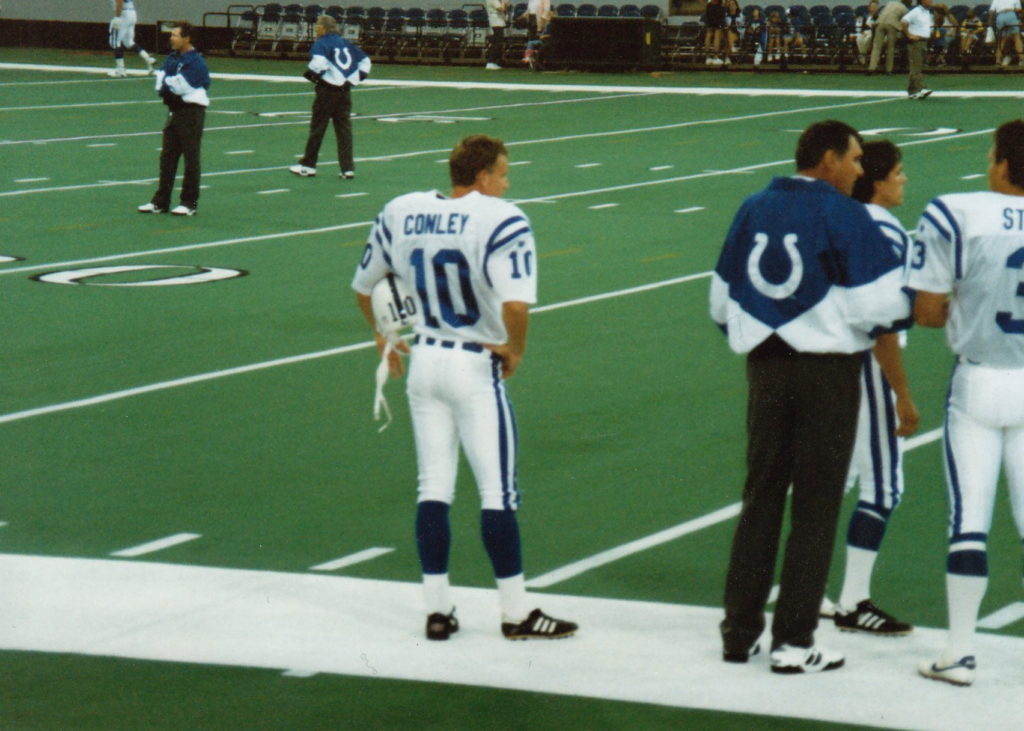 Sitting at rock bottom, as damaged emotionally as he was physically, Conley didn’t see a way back up. That is, until his wife introduced him to yoga, and his focus switched from sacks to the Adho mukha svanasana. When you see him deep in a pose and his own mind, there is no sign of the broken athlete he once was. He is a man at peace and in control.

“For a few years, I lived in this state of denial about my football career not going the way I wanted it to,” says Conley. “I looked at myself as a failure. Yoga really helped me with that, with the breathing exercises and just practicing being in the present moment. These were things that I never really paid attention to during my football career; it was always just go, go, go, push, push, push. That’s when I really got the bug, and I wanted to share it.”

Now a yoga instructor and the author of a new book, The Point After, Sean Conley has moved way, way, on, and he’s sharing the lessons he learned as he replaced his fear with joy, and his toxic drive to succeed with compassion.